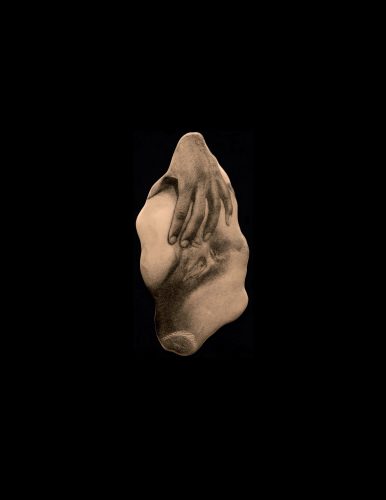 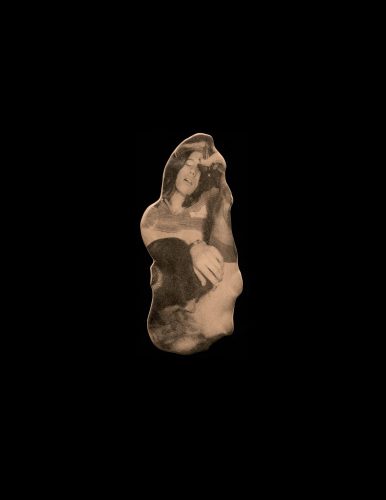 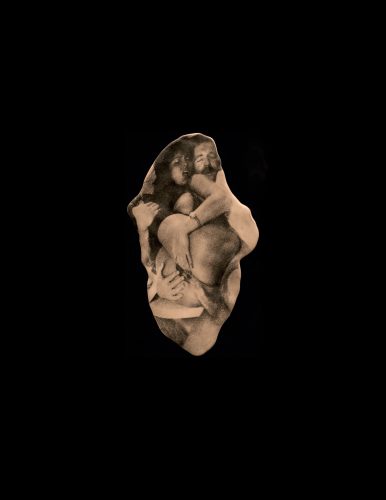 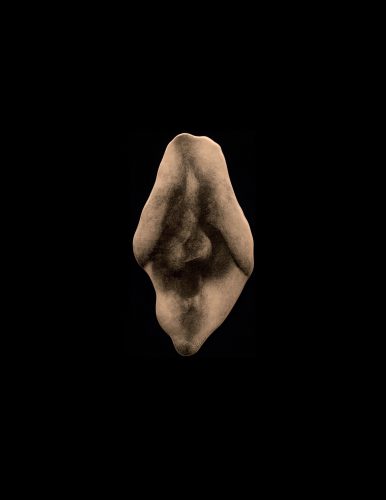 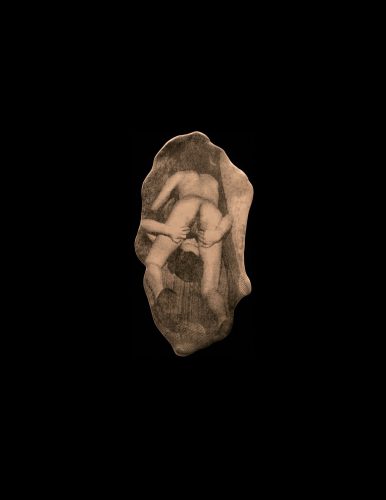 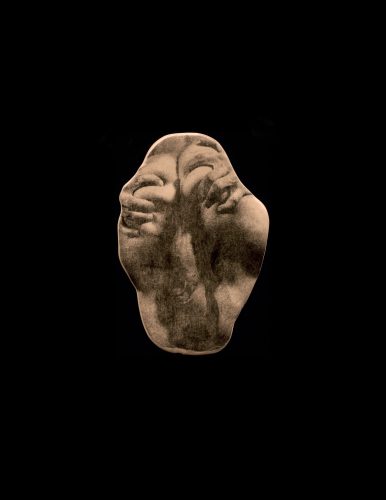 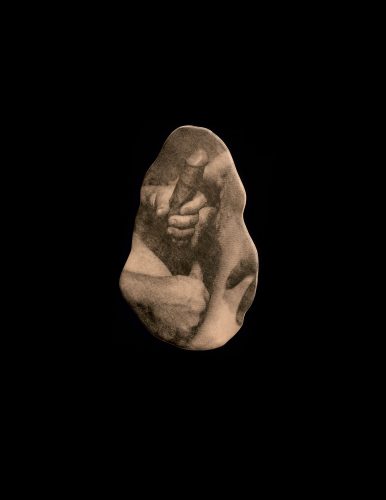 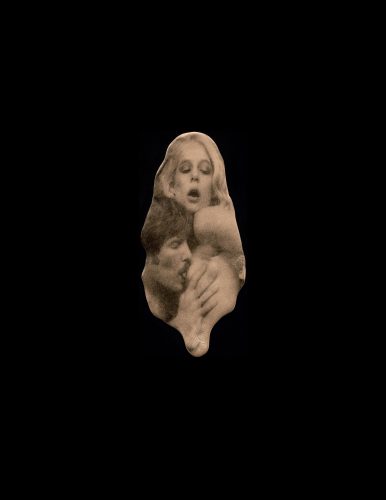 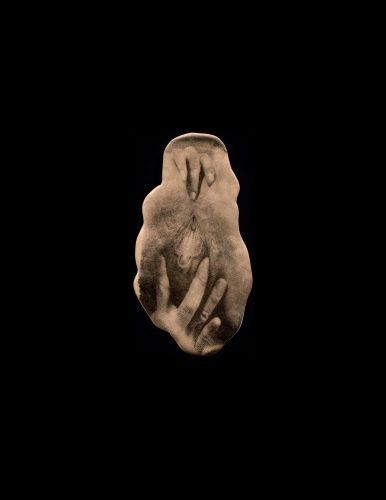 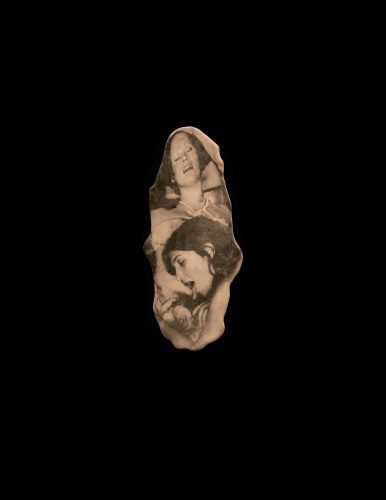 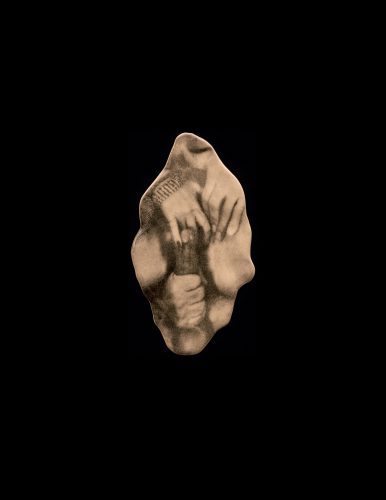 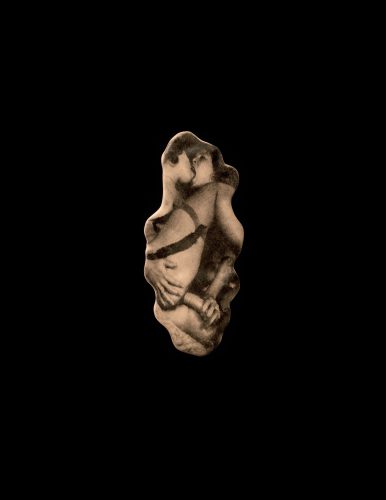 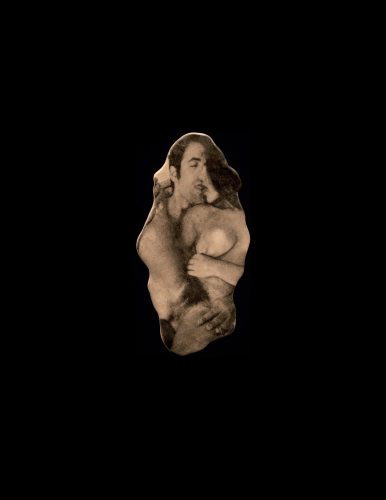 %article_text
Procuring Pleasure In The Time Of Coronavirus: A Peek Into Edward Mapplethorpe’s Studio

See All Articles
Procuring Pleasure In The Time Of Coronavirus: A Peek Into Edward Mapplethorpe’s Studio

Predictably, consumption of traditional pornography is on the rise in the wake of the pandemic as mitigation of lust, psychological stress, anxiety, loneliness, depression, and even boredom. As millions of people find themselves out of work, some entrepreneurial folks are taking to the internet to provide sexual services as an alternate means of income. Unsurprisingly, the website Pornhub has reported a post-lockdown rise in global web traffic of over 24% through mid-April. Similarly, interactive adult sites like CamSoda and Chaturbate—featuring real-time “camming”—have been flooded with an influx of new “content providers” and audiences alike. Even Instagram Live has been inundated with pop-up strip clubs that feature “virtual lap dances” and other risqué offerings. These once-marginalized platforms have become normalized in the time of coronavirus and merit notice in such august mainstream publications as the New York Times and Forbes. The arts and culture sector, a stalwart barometer and salve in times of crisis, offers a myriad of new and well-worn online rabbit holes from the sublime to the most base to explore across the increasingly indistinguishable hours and days of the pandemic. During this famine of emotional and physical connectivity, many have joined the audience for this smorgasbord of online offerings—sometimes with admiration or judgment, and occasionally even with repulsion—but almost exclusively with the intention of generating pleasure.

While virtual voyeurism has become a global pastime for the housebound, the act of peering into the lives of others is not a new concept. The term “voyeur” was adopted into the English language in the late eighteenth century and comes from a French noun meaning “one who views or inspects.” Its slang counterpart, “Peeping Tom,” originates from the eighteenth century and is purportedly based on a tailor named Tom who stole the lone, forbidden peek at Lady Godiva as she rode nude through the town square of eleventh-century Coventry, England. In clinical psychology, voyeurism involves deriving sexual gratification from the surreptitious observation of stages of undress and sexual acts. However, the term has been more broadly absorbed into popular culture to allude to a prying observer seeking out the sordid or the scandalous. Across the broad canon of arts and culture, and particularly within film, voyeurism has been explored in relation to desire, power, morality, and psychological dysfunction. Alfred Hitchcock was a master at representing the voyeuristic eye through films like Psycho and Rear Window. More recent classics like Sex, Lies, and Videotape; American Beauty; The Truman Show; and the documentary Voyeur, starring Gay Talese and currently streaming on Netflix, reflect the phenomena of cultural voyeurism that implicates the audience as a prequel to the gamut of reality TV shows that reflect society’s aspirations, morals, and anxieties.

One silver lining of sheltering in place is the opportunity to slow down and take time to reconsider what may ordinarily have been overlooked in our formerly oversaturated, frenetic, globalized lifestyles. The intimacy of careful observation and the revelatory discoveries it can precipitate can be a pleasure of its own. Edward Mapplethorpe’s Screw (2014), a series of seventy-five editioned prints, is a sensual indulgence ripe for this moment. (Full disclosure, the author is married to the artist.) Screw sumptuously taps into the voyeuristic tendencies unleashed by being sequestered in close quarters while remaining at the mandated six-foot separation. Upon first glance, one appears to be looking through a keyhole or portal, and as the eyes focus, grainy figures in the throes of passion emerge from the blackness. The visceral nature of these carnal pleasures is heightened by the flesh tones silhouetted against a velvety black ground and the discernable fingerprints of the artist in some of the images. Likewise, the tactility of the monochromatic, charcoal-drawing quality of the photographs evokes the soft-focus effect seen in vintage pornography to denote a certain type of erotic encounter. In fact, Mapplethorpe’s images were created by using the children’s toy, Silly Putty, to appropriate photographs from Screw magazine, a now-defunct weekly pornographic tabloid, which served as a voyeuristic platform for heterosexual men across America in the latter half of the twentieth century.

Mapplethorpe’s creation of the photographs can be considered an erotic act beginning with the foreplay of slowly and carefully perusing and selecting imagery. This progresses into pressing and kneading the malleable and flesh-like putty into an organic form to receive the printed image. A more forceful merging of the “dirty” image and viscous putty capitulates into an inextricable comingling of ink and form. The artist’s photographic documentation of the transfer of ink to the putty result serves as the lasting afterglow. The hands forcefully clutching the voluptuous haunches in Untitled No. 1155 notably conflates the relationship between the pursuit of physical (through the depicted acts) and artistic (the photographic creation) gratification represented by this series.

The organic forms presented throughout the Screw series, and in particular Untitled No. 1122, certainly conjure the experience of peering through a keyhole, but they also connote the shape of female genitalia. The symbolic relationship between a peephole and female pudenda in the arts is well documented, as are allusions to the duality of the female genitalia as a generator of life—in this case creativity—and a receptacle of pleasure. Most famously, Marcel Duchamp’s installation Étant Donnés: 1. La chute d’eau, 2. Le gaz d’éclairage (Given: 1. The Waterfall, 2. The Illuminating Gas) (1946–66) invites the viewer to peer through a peephole in a seemingly innocuous rustic door to confront a full-frontal view of a prone, anonymous nude female lying spread-eagle amidst a bucolic Swiss landscape. As with Étant Donnés, in Screw the viewer’s gaze is a necessary element to activate the work, thus creating a conspiratorial relationship between the artist and the viewer.

It would be remiss to not address how this series engages the still largely taboo subject of sexuality and pleasure in relation to the work of Edward’s brother, Robert (1946–1989), and in particular his X Portfolio (1978) of homosexual sadomasochistic images and the portraits of nude African American men that comprise the related Z Portfolio (1981). While these works point to how the elder Mapplethorpe extends a more aggressively confrontational portrayal and arguably subjugating gaze towards his provocative subjects, the scale and the manner of presentation of the erotica presented in the Screw series offer a more seductive form of engagement. What enables the images in Screw to exist as works of art, rather than pure pornography, is the conceptual manner in which the sexual act has been distilled, distorted, and recontextualized. What began as an interpersonal manifestation of desire has been intercepted and transposed, through the solitary activity of Mapplethorpe’s artistic creation, to produce a pleasure portal into an aestheticized realm removed from reality—a process that certainly parallels our selective, technology screen-filtered daily engagement with the world during this time of coronavirus.

Michelle Yun Mapplethorpe is Senior Curator of Asian Contemporary Art and Associate Director of the Asia Society Triennial at Asia Society Museum. She is responsible for overseeing the modern and contemporary exhibition program and the Museum’s permanent collection of contemporary art. During her tenure, Yun has served as curator or cocurator for over 25 exhibitions for the institution. Formerly, she has served as the project director of Cai Guo-Qiang’s studio and as a curatorial assistant in the Department of Painting and Sculpture at The Museum of Modern Art, New York, in addition to organizing numerous independently curated exhibitions. Yun is a frequent lecturer on modern and contemporary Asian art and her writings have been included in many publications including No Limits: Zao Wou-Ki; Nam June Paik: Becoming Robot; and Treasures of Asian Art: The Asia Society Museum Collection, all of which she also co-edited; Patti Smith: 9.11 Babelogue; Cai Guo-Qiang: I Want To Believe; Benezit Dictionary of Asian Artists and The Grove Dictionary of Art (Oxford University Press). Yun earned her MA in Modern Art and Critical Studies from Columbia University and her BA from Mount Holyoke College. She is a graduate of the Getty Leadership Institute’s Executive Education Program for Museum Leaders and sits on the advisory board of the Mount Holyoke College Art Museum.

Edward (Maxey) Mapplethorpe (b. 1960) assisted his brother, Robert Mapplethorpe (1946–1989), before building his own career and reputation. Since 1990 his work has been the subject of solo and group exhibitions across Europe, Asia, Latin America, and the United States. Aside from his innovative abstract work created in the lab environment without the use of cameras, he is famed for his exploration of the fragile human spirit captured in the unguarded expressions of 12-month-old children. One: Sons & Daughters, a collection of 20 years of these photographs, was published by powerHouse Books in 2016.